I had feared that Myrtle Beach would be another Niagara Falls or, worse, Wisconsin Dells. It’s actually more like Banff – touristy as all get out but enough natural beauty that one feels one’s soul is moderately safe.

Melani and I have already started to drawl in the Southern fashion, which makes us laugh at each other and hope the locals don’t think we’re making fun of them.

The drive here was eight kinds of hell. It started to snow about an hour south of New York. It was blizzardy at the best of times. Only the truck drivers and I had any idea how to drive in those conditions. I will think twice before criticizing our salting trucks from now on: In Virginia, they pile a dump truck full of salt pellets the size of a thumbnail and shoot them onto the highway at automatic-rifle speed. I had the misfortune to find myself between two of these monstrosities with a truck behind me – if my car isn’t scratched to hell, it’s certainly rusting as I sit here. 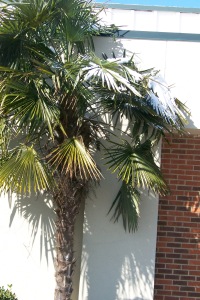 We’re guesstimating about a foot of snow fell in Virginia and North Carolina. A snow emergency was declared, school was cancelled, people were advised not to leave their homes to go to work or anywhere. The salting continued long after the roads were dry, like they wanted to show the citizens their tax dollars are hard at work.

It was two degrees this afternoon, though it was nice and sunny. Naturally I had to haul Trevor out of the ocean, moments before he fell right in. It’s amazing the child hasn’t succumbed to hypothermia.

I just went down to the front desk to ask a question, but the clerk was a little busy, what with the police and everything. I waited in the lobby while she made a phone call: “This is Sandra, from the Quality Inn in Myrtle Beach? Yes, I just called for a taxi for a man who came in here? Yes, well, two police officers have just picked him up, so I think you don’t need to …” 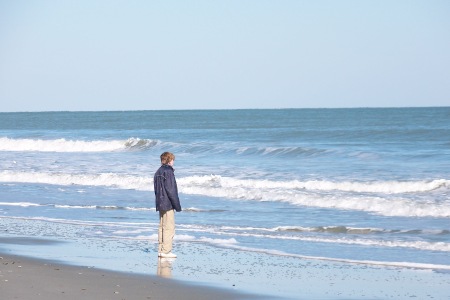