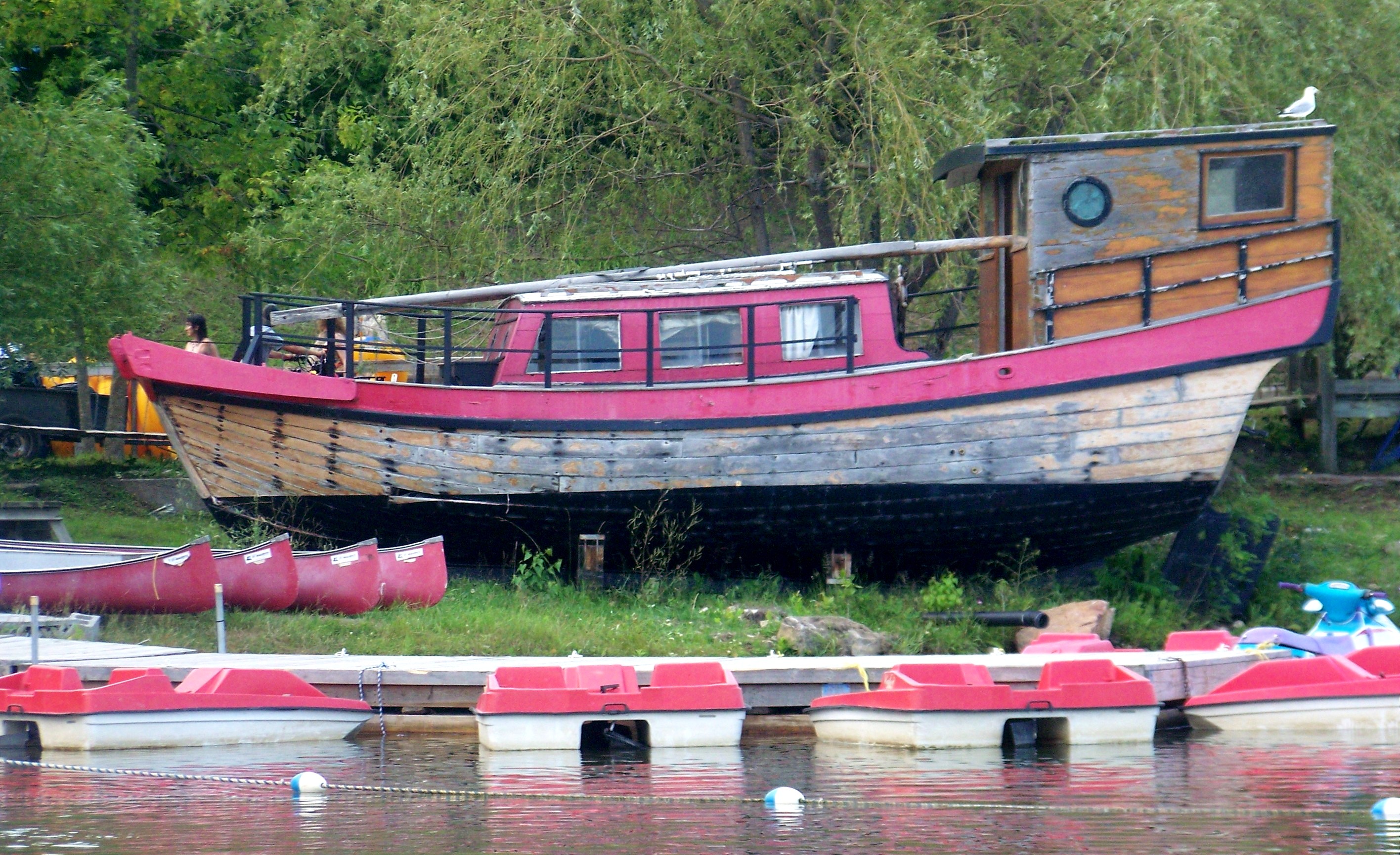 I wanted to do something special with Kendra this week, since Melani’s at Cub camp and Trevor’s at Scout camp.

Our original plan was to run away to New York, but it turns out I need four new tires, so we downsized to Super Aqua Club in Pointe Calumet. She brought a friend, and so did I – Steve’s one of those good sports who’s up for anything, even when it involves car rides with someone else’s teenager.

I like to think my days of amusement parks and waterslides are behind me. I don’t find it fun to stand in lineups for hours and crowds get under my skin too easily. So I’m going to go ahead and be a martyr and say I took one for the team, but I’m not going to pretend I didn’t have fun, because it was a good day.

We were getting mixed messages from the media. Tuesday morning, the Montreal Gazette ran this story saying attendance at Super Aqua Club was down 80 per cent. But Steve pointed out (long after we’d spent 45 minutes driving the last six kilometres to the park) that in a week of thundershowers, news and weather organizations kept telling us: “If you’re planning to do something with the family, Tuesday’s your day.” Montreal emptied itself into the closest water park; without traffic, it’s just a half-hour drive north and west of the island.

There was just one storm cloud in an otherwise clear blue sky; it dumped its load as Steve waited in line for the Tarzan leap into the lake. This was my favourite part of the day, standing on a narrow strip of beach, wet from the wave pool and being drenched with warm rain, watching people plunge into lake water that was broken by pellet-sized raindrops. The storm lasted less than five minutes and the skies were clear when Steve made the jump.

The kids went one way and we another, communicating through a series of notes at base camp, a picnic table near the wave pool. “Kendra: Park closes @ 7. See you here then … Hayley & Steve!” “Hey guys, Come see us when you see this. Near the Tarzan rope where people are lying down in the sand. Alex & Kendra.” “Steve – I lost you! If you are not on an evil deserted island, you can find me in the wave pool. Or elsewhere. Back soon. Hayley.”

Steve and I waited in line forever for one of the rides (which was amazing and worth the wait – a tube ride in the dark!). If you must go to a park, do bring someone who’s good at short, small-talky conversations and with whom you’re comfortable not talking with for long stretches.

Though I said crowds put me on edge, it’s also true that I could spend all day people watching. There was the woman my age with boobs-from-a-box that seemed to have their own, completely separate personalities; the short teen girl with a boyfriend so tall she had to jump up to kiss him (she jumped a lot); and the little girl who played contentedly with a garden hose for 15 minutes, completely ignoring the rides and play areas she was there to experience.

Like I said: All together it was a good day and everyone had fun. If I do it again (and I’m sure I will – families are like that), I will arrive after 3 p.m., when it’s cheaper to get in, the worst of the heat has passed and the crowds are starting to thin. I’ll also bring water bottles, cuz the juice boxes I packed just didn’t cut it.