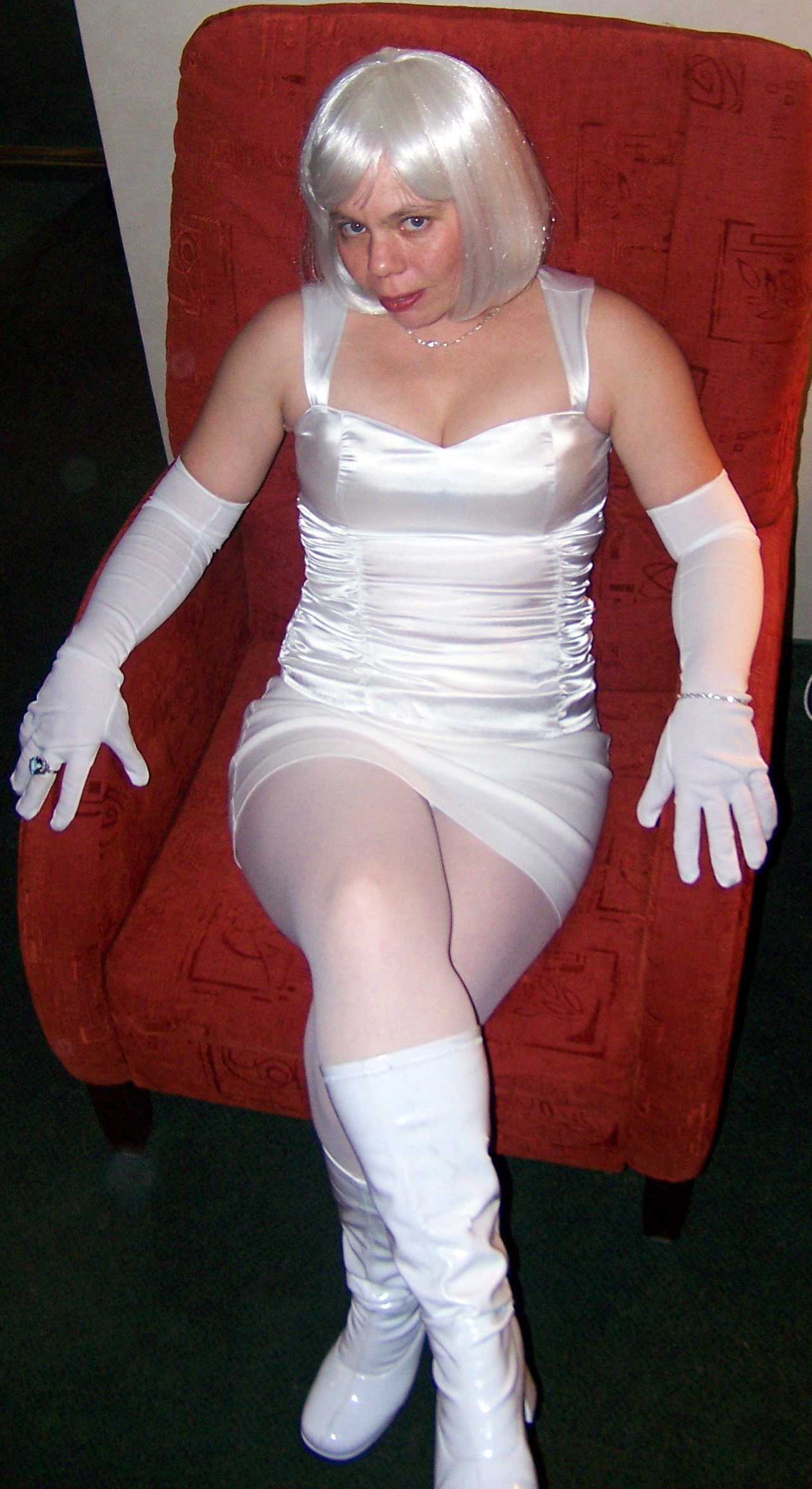 My other favourite thing about conventions is the masquerade.

Participants work all year on their costumes and presentation and, best of all, I get to dress up, too. I haven’t been part of a masquerade myself for at least 16 years – I won’t stand up on a stage in front of people, no matter how cool my costume is. I also don’t sew and I’m not much with makeup, so there’s no way I can compete with the die-hards. But I do love the dressing up.

This year I went as an aging Emma Frost, the Marvel superhero. After getting changed Saturday evening, I was complaining to good friend and Geek Emperor Sebastien Mineau that there are very few pictures of me in costume, and fewer where I look half decent. I take horrible pictures. Seb took this as a challenge and we spent a good twenty minutes posing me all over the suite.

Eventually we gave up and Seb followed me into the bathroom, where Melani was doing her makeup and fussing with her hair. All four lights in the large bathroom were on and Seb’s eyes got a little brighter, too. He pointed excitedly to the corner of the jacuzzi tub. “In there! The light is perfect! Get in the tub.”

Ah, hell, the light was good, and the potential for a good story was impossible to resist. I put one white boot on the step and swung the other over the side – upsetting the bottle of blood-red nail polish Melani had left on the side of the tub.

It didn’t spill. It exploded. There was splatter across my perfect boot and – oh god – all over the bottom of the tub.

Red polish everywhere, like someone had slain a midget and hadn’t gotten around to cleanup. Amid anguish and hilarity, we poured nail-polish remover and scrubbed with toilet paper. Seb took care of my boot (which has barely recovered) while Melani took care of the tub.

Seb was late to meet a friend for supper (“I was stuck in the bath with two lovely women”) and I barely made it down to the masquerade, where Trev was participating. He won Best Innovation for Star Trek: The Net Generation (link goes to my YouTube video).

And so we’ve polished off another con.