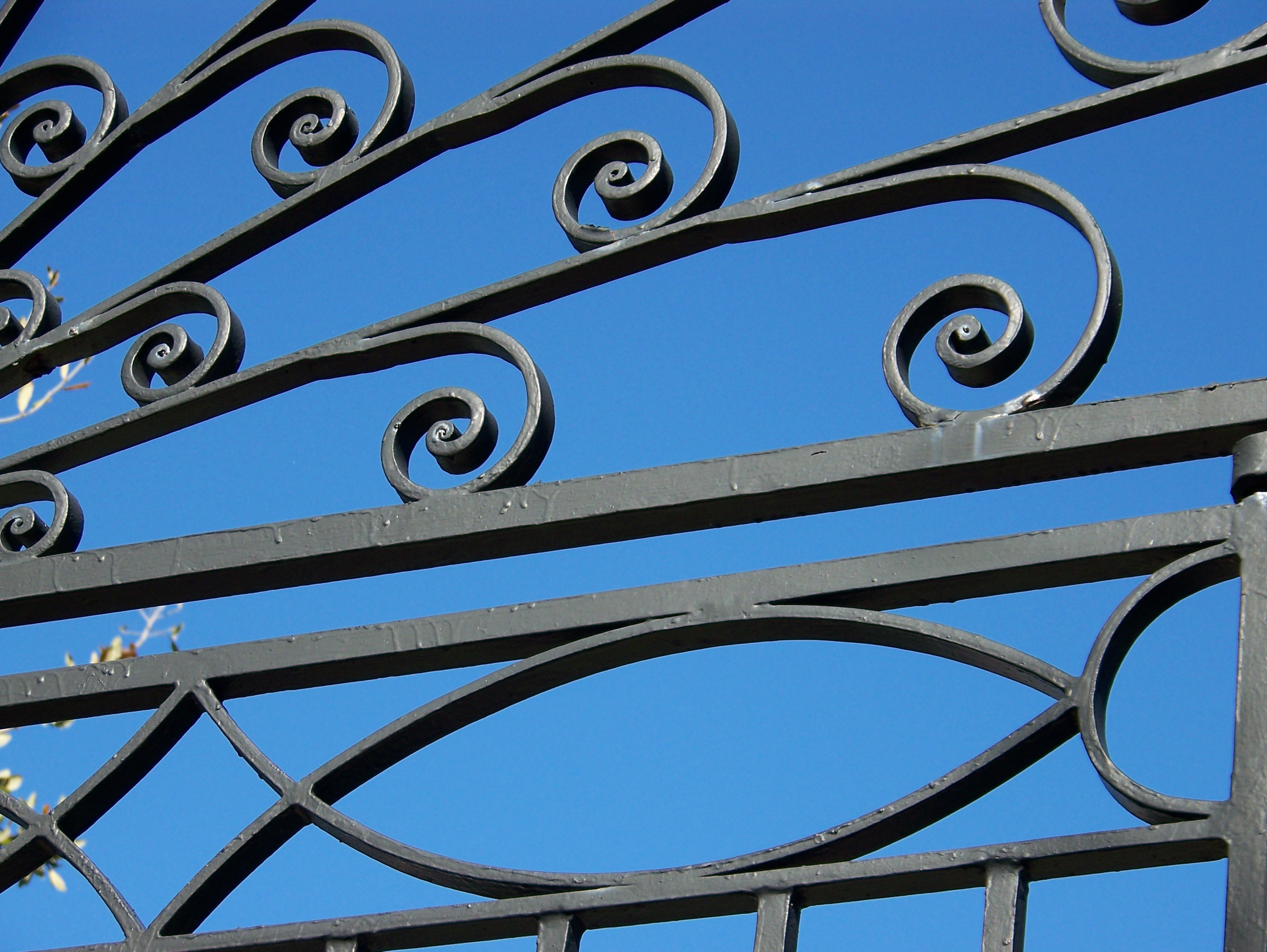 In March 2008, Melani and I did something we hadn’t done since the summer of 1995: We took a vacation sans child.

Charleston, S.C., has everything I look for in a holiday: sun, beaches and a rich history. Of course, it has far too much history  to absorb in one week and so we narrowed our focus to the Gullah-Geechee people.

The Gullah are descendents of slaves who arrived during the 1700s and 1800s in the Lowcountry and developed their own language and traditions, the foundations of which are in west African nations. They are known for their ironwork, basket-making, cuisine and language.

I spent some time talking with Alphonso Brown of Gullah Tours and Gullah interpreter Alada Shinault-Small, and the result is this Montreal Gazette article, which was published Feb. 6, 2010:

Sullivan’s Island, at the mouth of Charleston Harbour, is often called the Ellis Island of the South.

It is estimated that more than 40 per cent of the nearly 700,000 slaves brought by ship to the United States arrived at Sullivan’s Island in South Carolina between the early 1700s and 1860. Many were bought to work in the state’s Lowcountry, or coastal counties. Their experience growing rice in their native Africa would help the burgeoning production of Carolina gold.

Transported from coastal areas of west Africa – where countries such as Gambia, Angola and Sierra Leone now stand – they brought a rich culture, rich voices and art that endures today, celebrated by their descendants, the Gullah-Geechee people. The U.S. National Park Service in 2007 recognized a Gullah corridor stretching 1,000 kilometres from Wilmington, N.C., to Jackson, Fla., and from the Atlantic Ocean to about 50 kilometres inland.

At Boone Hall Plantation, 18 kilometres northeast of Charleston, Gullah interpreter Alada Shinault-Small speaks softly but with authority as she presents artifacts of a slave’s life: a squash, netted with beads, becomes an instrument, or it is carved into a bowl or scoop. She has indigo seeds and rice and raw cotton, which children, with their small hands, would be given the task of seeding. She opens a red-leather-bound Bible translated into Gullah.

Shinault-Small says the Creole-based language, heavily influenced by the vernacular of the coastal southern United States, Caribbean and west Africa, was developed by early slaves as a way to survive.

“These people were not allowed to learn to read and write and were ingenious enough, through their displacement and culture shock, to create a vehicle for oral expression,” she says.

Gullah-Geechee allowed themselves to be stigmatized or shamed by their “broken English” and customs, Shinault-Small says. People now might not even know they are speaking Gullah: the local patois is infused with Gullah words and other Southernisms.

“It has evolved – or devolved – with time and technology,” she explains. Shinault-Small is animated as she attributes the rejuvenation of the culture to a fresh appreciation of the history of black people. “In the spirit of inclusiveness, as contributions and involvement of African-Americans began to be taken more seriously, people began to celebrate and get rid of distortions of history. It is no longer ignored, deleted, distorted.”

Veteran storyteller Alphonso Brown, owner and operator of Gullah Tours, says that while the Gullah were ridiculed for their language, they learned English to fit in.

“Gullah was recognized as a language in 1939,” he says, “but no one told us. It was like we had a horse, but we’d rather have a tractor. Then you all keep messing up the language so bad, we don’t know what to do.”

Word for word, Gullah is a familiar language. Chicken is “poolet” and “hankuh” is a longing. Brown gives many more examples: If a girl’s granny says: “Where your frock tail goin’?” she can assume her skirt’s hemline is too high. If the granny accuses her of gossiping and the girl is sure she hasn’t, she might say: “I dinna crack my teet!”

The Gullah have also influenced Charleston’s architecture. Red roofs are said to offer God’s protection, and the city is filled with roofs a warm rust colour. Blue also is said to protect against evil, and Brown points out splashes on doorways or stairs, and says older ladies in the city can be seen wearing blue hats, especially on Sunday.

He notes the Circular Church – founded in 1681, burned and rebuilt in 1861 – has only soft edges “because the devil lives in corners.”

“People always ask me where they can see slave houses,” he goes on. “I say: You can see ’em everywhere. You gotta know where to look. The realtors don’t call them slave houses. They call them carriage houses.”

They are small homes between and behind the great columned houses of central Charleston. Their covered porches face southeast, away from the hottest glare of the sun. It is thought this design originated with the first black residents of the South.

“Who knows better about keeping outta the sun than them Africans?” Brown asks.

Some of the swankier, multimillion-dollar homes that overshadow the slave houses sport ornamental Simmons gates. Philip Simmons, who died in July at age 97, was an ironworker. His work can be seen at the Smithsonian. His gates – with their tight, close swirls and fish symbols representing Christ – are so finely crafted that one Charleston woman is said to have been loath to pass through hers. The snakes on it were too realistic.

As with Simmons’s gates, other functional items such as their fishing nets, quilts and baskets have come to be regarded as decorative art.

Gullah-Geechee baskets are based on a west African design, bound with local materials like sweetgrass and bulrushes. Artisans set up shop on street corners throughout Charleston, chatting with each other and sewing, their wares – from great wide baskets down to tiny wreaths with bright red bows – spread out around them.

The baskets are priced according to how many hours of work have gone into making them, Brown says. To get the best price, he advises buying in the evening, when the artisans are packing up to go home. The binding on the basket should be vertical and no part should sag when held with thumb and forefinger.

Brown recounts a cautionary tale told him by basketmaker Joseph Foreman: if a woman’s husband comes home late at night and he doesn’t have a good excuse, the story goes, she should pick up a basket and “hit him over the head, and if he don’t drop, you don’t got a good basket.”

Charleston will honour African-Americans throughout February, Black History Month. Go to explorecharleston.com for a complete list of special events, including Sweetgrass Baskets: Hands-On History at the Charleston Museum.

The Old Slave Mart Museum, at 6 Chalmers St., is housed in a building where slaves were sold by auction. The museum’s focus is the interstate slave trade and the history of the building itself. Call 843-958-6467.

She-Crab soup, gator tails and grilled or fried catfish are just some of the traditional dishes at Gullah Cuisine. The small, homey restaurant is filled with Gullah art. Details: gullahcuisine.com.

Using public transit affords travellers a citizens’-eye view of Charleston and surrounding area. The CARTA system of large and small buses and trolleys is affordable ($1.50 to $2.50 a ride) and, with the Flex-route plan, travellers can arrange for pickup and dropoff at their hotels outside Charleston centre. Large city buses have bike racks on the front. Detailed schedules are available for every route, but buses often run late. Details: ridecarta.com.

GULLAH IS BASED ON ENGLISH WITH INFLUENCES FROM AFRICAN LANGUAGES

A strictly oral language until relatively recently, Gullah (pronounced GULL-uh) is spelled phonetically and there is some room for interpretation. Here are some examples of the language.

bauk’up – breaking, broken; “brukfoot man” is a man with a broken leg.

crack ‘e teet – cracking his or her teeth, meaning opened their mouth to speak.

flabuh – flavour. “Da’ buckruh’ hogmeat flabuh me mout’ ‘tell uh done fuhgit uh hab sin fuhkill’um” can be translated as “That white man’s pork flavoured my mouth so that I forgot the sin I committed in killing the hog.”

please kin – Please can, a redundancy, as: “please kin gimme”

shout – Frenzied outcries of a religious devotee; a plantation dancing festival frequently accompanied by beating sticks on the floor

From The Black Border: Gullah Stories of the Carolina Coast,