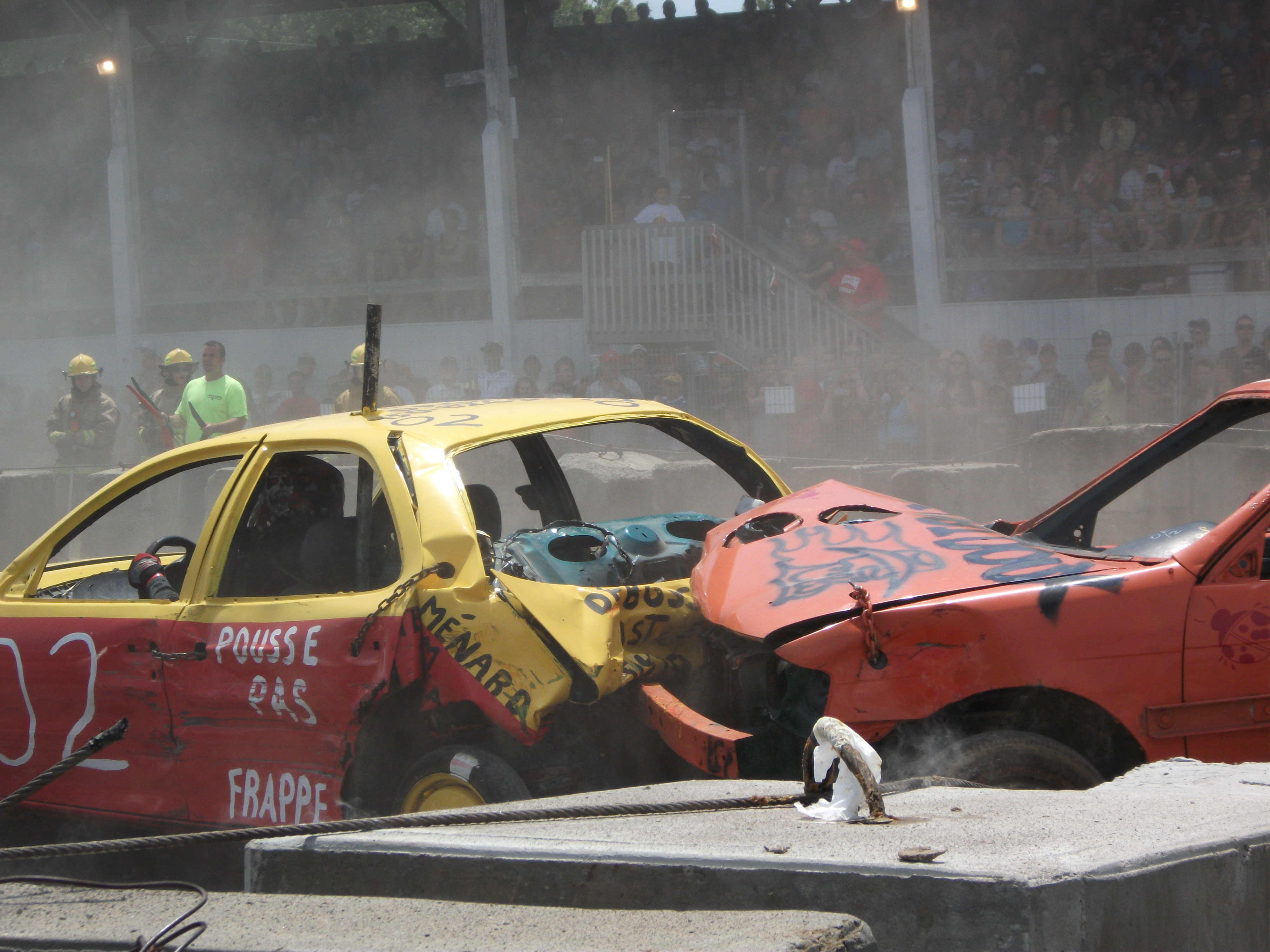 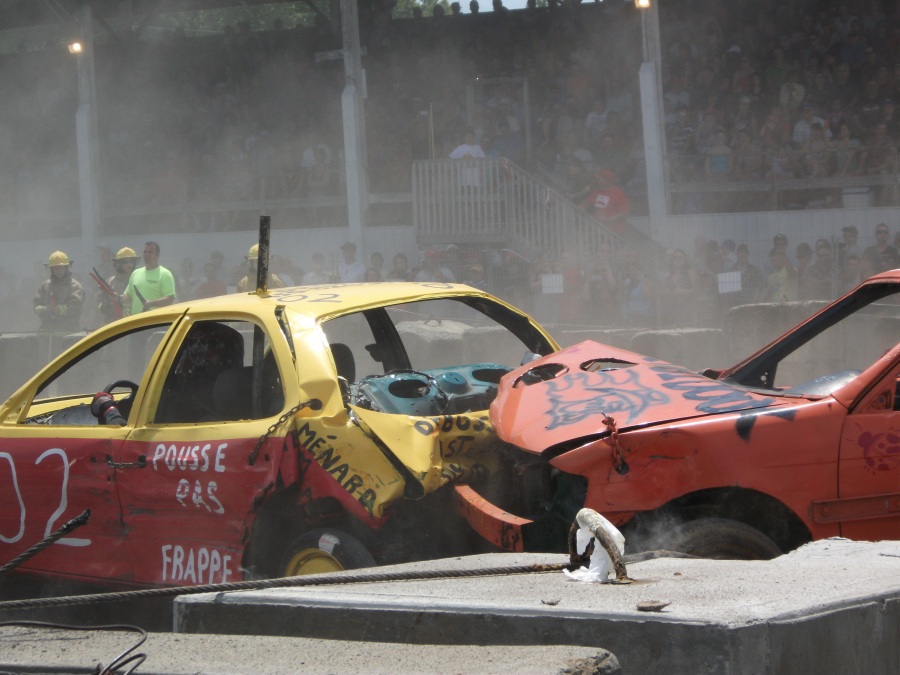 ORMSTOWN, Que. – When I say I go to the Ormstown Fair for the extreme heat, I mostly mean I’m going to watch cars demolish each other in a dirt arena.

But also, it’s hot. This year’s fair marked the first time I felt justified in wearing my Stampede-approved cowboy hat. The sun was unforgiving, punishing the open fields on which the midway rose.

The view of the demolition derby isn’t as good from the beer tent as from the bleachers, but it’s shaded and there’s a country breeze and Bud Light served by don’t-hurt-the-eyes firemen. The volunteer firefighters who aren’t serving beer are standing at the ready by the arena, and good thing, as there were plenty of fires in the pit this year. Just one injury, though —in the stands. It was unclear whether he fell off a trailer, walked into a trailer or succumbed to the most amateur of ailments—too much beer and sunshine. 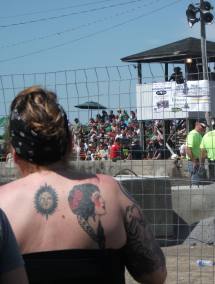 This is a step down from Nascar. Come for the crumpled metal, stay for the tramp stamps. You can even turn it into a game: Count the clichés permanently inked onto people’s bodies. (I’m not just being catty—I’ve got a cliche stamped on my ankle forever. You’ve gotta own it.)

If it seems I come to these things just for twisted metal, then I’m giving a slanted view. I also come for the crazy-ass chickens. This is the Olympics of local livestock, where cows and pigs and a multitude of birds are judged by breed. It’s where you learn there is a whole world beyond the chickens and ducks in children’s books.

Discover roosters that look like peacocks, and pigeons as sleek as ballerinas, and ugly ducklings with spiderweb-fine down. Waddles come in rainbow colours. Feathers are iridescent, or nearly transparent.

There is no greater marketing for the Buy Local movement than a country fair. The Ormstown fair takes place in June, but there’s still time to check out demolition derbies and cute chicks at the Brome and Huntingdon fairs.

This story was published in The Senior Times.