AMELIA ISLAND, Fla. – We told our friend Michele we prefer the roads less traveled, and so when we showed up on her doorstep, exhausted after too little sleep following a too-long drive to the Georgia-Florida border, she had a cooler full of ice water and a plan.

Later, she and her husband, Tom, would take us on a tour of Amelia Island, home of the Shrimp Festival and the filming location of Mary Poppins – “The house is still there,” Tom would tell us, “But it’s been condemned.” We’d eat at Pablo’s, the best Mexican resto I’ve been to in a long while and the first place on our trip where the portions were reasonably sized – we didn’t leave with boxes and boxes of leftovers.

Michele’s road less traveled took us beyond the dunes to American Beach. What struck me immediately were the homes. More than half were surprisingly modest; a few were barely more than shacks overlooking one of the most beautiful beaches on the Atlantic. We were alone on the sand but for couples passing through to a more popular beach and two men sitting a ways away, fishing.

From American, you can see where the plantation house sat. American, you see, was a blacks-only vacation resort, a central gathering place for families and church functions. Such celebrities as Cab Calloway, Louis Armstrong and Ray Charles performed at Evans’ Rendezvous nightclub and no doubt walked along this beach, which is now a registered historic site.

Life here changed drastically in 1964. Hurricane Dora charged the beach in September, causing widespread damage to the Floridian coast as far north as the Georgian border. Local homes and businesses were destroyed. The same year, Florida beaches were desegregated.

Blacks began to abandon American once they were legally welcome on any beach in the state and didn’t have to travel all the way to Amelia Island. Strangely – or perhaps not, because cultural biases take a long time to fade – no one flooded into American and it remains unspoiled. Less traveled. 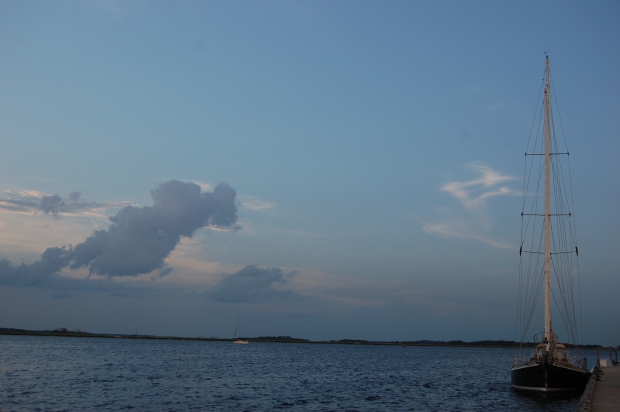