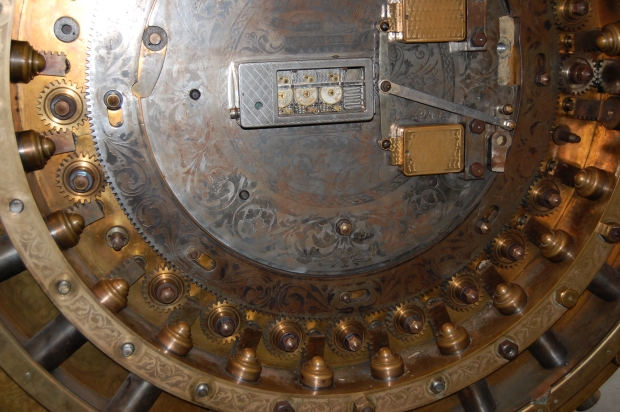 ST. LOUIS, Mo. – I sat on a rooftop overlooking St. Louis, sipping a Schlafly and wondering how – how?! – I could possibly explain City Museum. And we’d only been there half an hour.

Melani sat in the school bus teetering over the edge of the building and Trev climbed the cage along the edges of a giant dome to the top of St. Louis, swung on a rope 10 storeys up and dithered about the fountain, but I was still trying to figure the whole thing out and so went down a few levels to the museum’s vintage thrift shop, where I didn’t buy a lovely fall coat but did pick up a flannel shirt for the cooler nights ahead.

The next level was a shrine to Discordianism and pinball and art and animatronic fortune tellers. Overstimulated and overamazed, I had a beer and shared a corn dog with Jilly (she had the corn, I had the dog). Later, she and Trev would sculpt with Steve Altom, the Clay Guy, before Trev took a slinky down to the aquarium.

I hate fish, so while Trev snapped pictures of an albino turtle, I refrained from rolling my eyes at the hipster-wannabe in the Occupy Burning Man tee and did another tour of the skate park and the architectural-detail section. I did not have another beer – I had a five-hour drive to Chicago to look forward to once we were done.

It’s like a steampunker threw up in City Museum, what with a wall made of Coke bottles, one made of bread pans and another of old safety-deposit boxes, beside the gear-happy safe door that leads one through a round metal tunnel to another tunnel, this a pyramid of mirrors leading nowhere.

After a roast-beef sandwich eaten on the mezzanine among bejeweled lizards, I was ready for a nap. Somehow, however, I found myself walking through caves and treehouses while Trevor climbed the walls. He climbed all the way up to the rooftop with robot organ music in the background, and came down via the 10-storey slide.

We’d been there for five hours. We hadn’t seen it all. I didn’t – and still don’t – know how to write it all up. 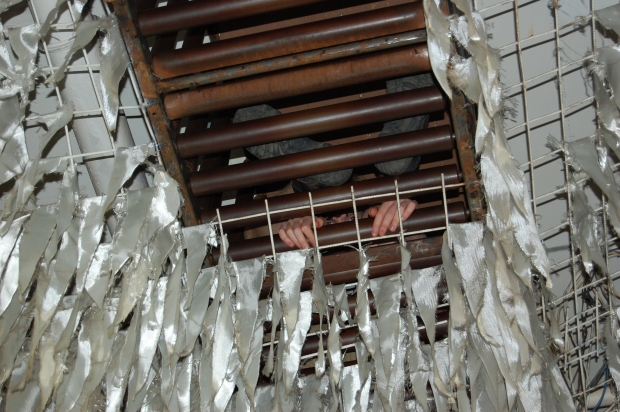