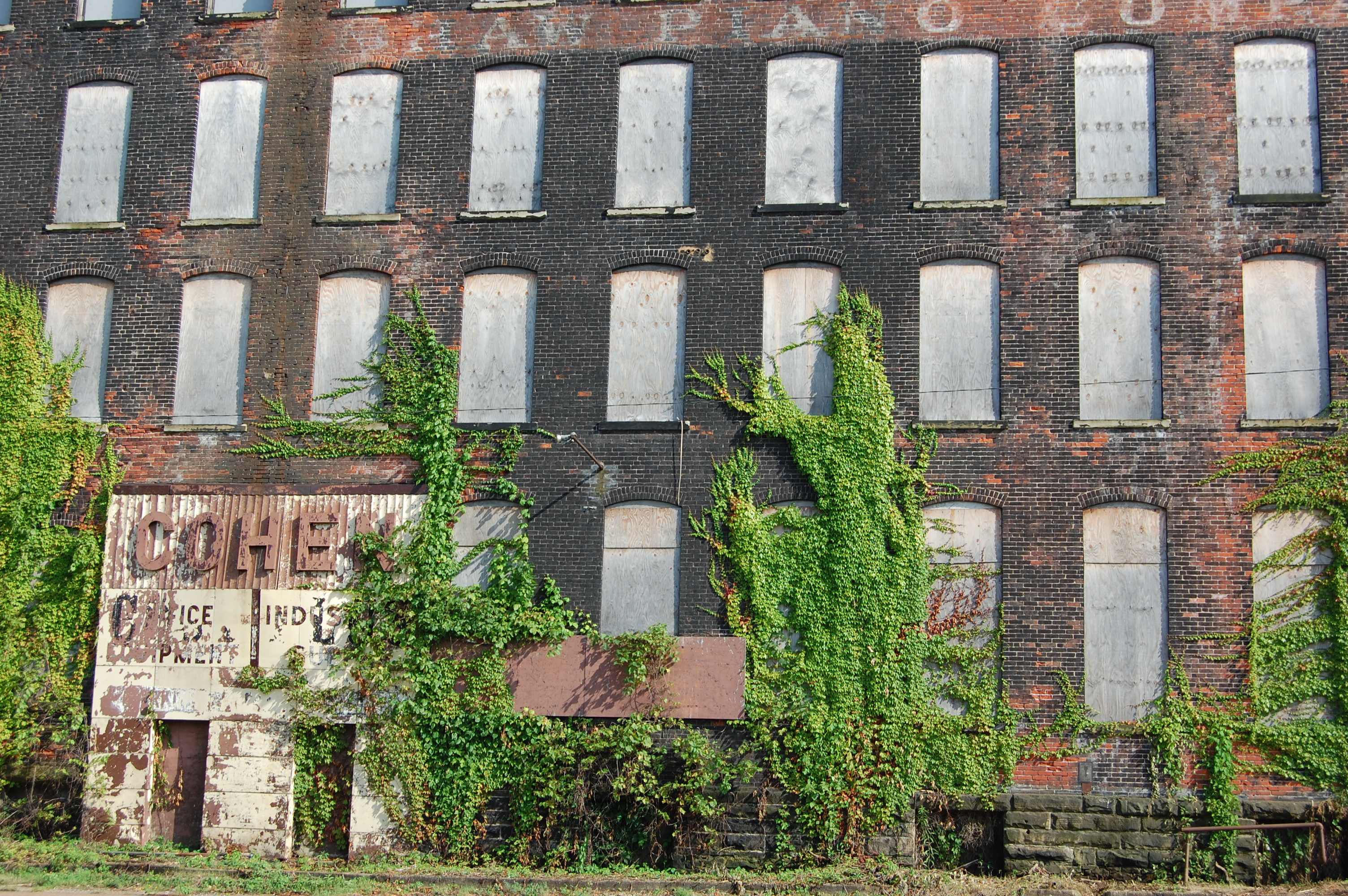 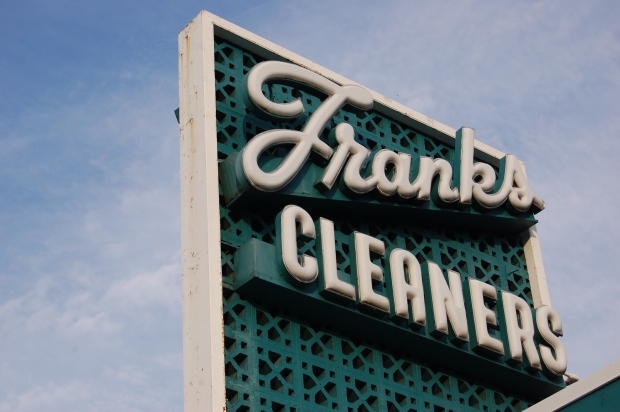 And it’s not just that the signage and architecture echoes the first half of the century, it’s that things have remained here mostly untouched. Erie’s growth was seriously stunted as manufacturing jobs shrank and the lake trade faded in the 1970s, followed closely by the North American exodus to the suburbs. 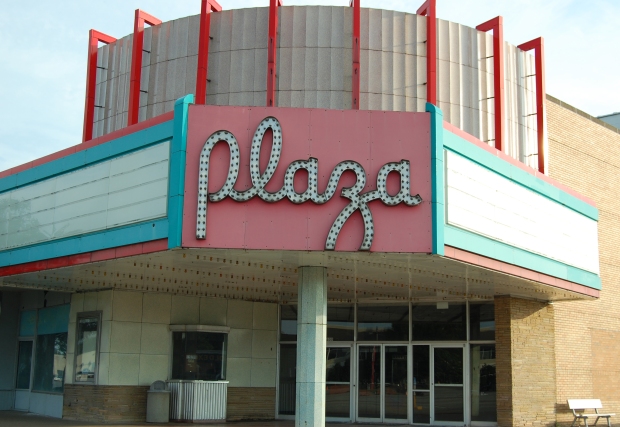 Businesses sing their names and services in thick, swirly type or fat square fonts. Some of the businesses are operating still, some are shuttered and forgotten.

The Peninsula Motel lasted long enough to have window air-conditioners installed but has since been locked up, boarded up and given over to the elements. It boxy, neat brickwork is discoloured, its dramatic two-storey windows grimy and neglected. 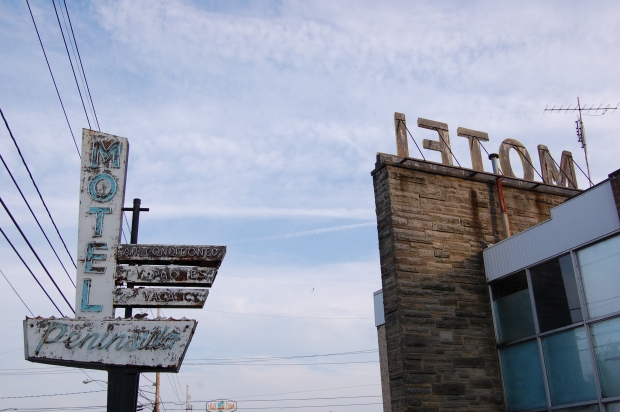 In the ’50s and ’60s, like much of charming Erie, it must have been a beacon for weary travels and locals looking for … respite.

The Erie Times-News excitedly reported in May that a potential buyer (the motel is listed at $195,000) has stepped forward and – even better, the paper exclaims – is an Erie-area resident. Neighbours of the motel say they don’t mind whether it’s renovated or demolished, they just want the eyesore taken care of.

But, honestly, I think it’s the loveliest eyesore I’ve seen in a while. 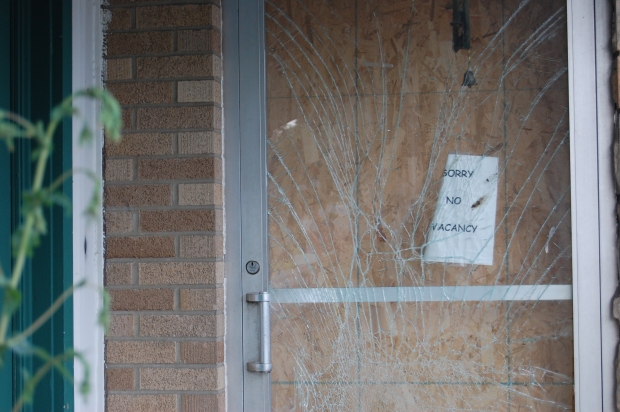