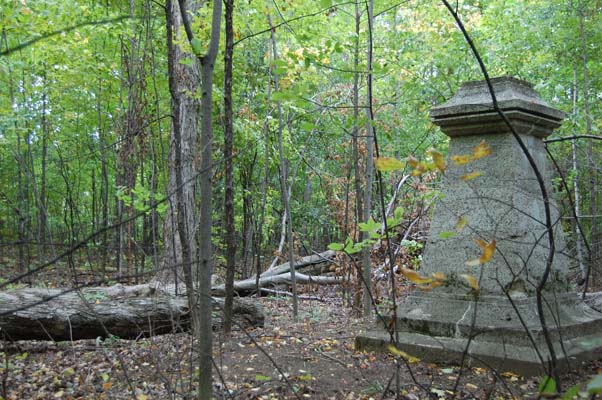 MONT ST. BRUNO PARK — The sweet, fermenting smell of ground apples stays in your nose for days. You side-step the fallen fruit while peering through branches for the perfect, round apple that you twist, gently, till it comes away in your hand, heavy like apple pie in the your palm.

This is autumn in Quebec.

Apple-picking is traditionally the first family and school outing of the season and since we skipped it last year, we were eager to get going this September.

We chose Mont St. Bruno because it is part of the SEPAQ system of parks and because, at 20 kilometres from downtown Montreal, our guests for the adventure wouldn’t have to be squeezed in the back seat with the car seat for too long. Drew and Jason are the other half of Jilly’s quadrangle of parents. They’re good sports when she gets cranky in the car, and having an extra four eyes on her in an orchard is pretty priceless.

We also chose Mont St. Bruno because of its history—more than protected land, this park was once home to the Brothers of St. Gabriel, who tended the orchard we played in and who brought hydraulic energy to the area to power their mills. While most Quebec seigneuries were agricultural, flour, saw, tanning and carding mills were built by the brothers, according to the park’s website.

They quietly bought a sizable chunk of the mountain with several lakes and thousands of ancient maples and oaks, living alongside dozens of species of God’s creatures. They lived, worked taught and died on these 1,200 acres until finally selling the last piece of mountain to Quebec in 1975.

In a blog post reminiscing about a summer spent at the seigneurie, one Montrealer recalls this beautiful peice of advice from one of the brothers: “Learn to love the forest – this is where you can take your soul for a long walk, slowly, very slowly.”

We give Mont-Saint-Bruno three stroller wheels (out of a possible five). The orchard was among the best we have ever picked at, and the trails, cemetery and grotto are heaven for history buffs. However, with no playground or barbecue pits and a relatively small interpretation centre, it’s not the most family-friendly for an entire day’s stay. The trails are wide and well-groomed with small treasures along the way: tiny statues and other hints that this was once someone’s home and faith centre.