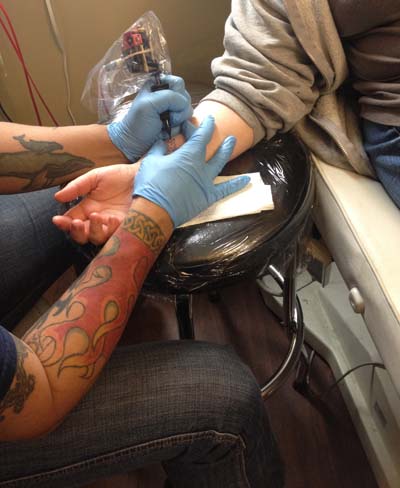 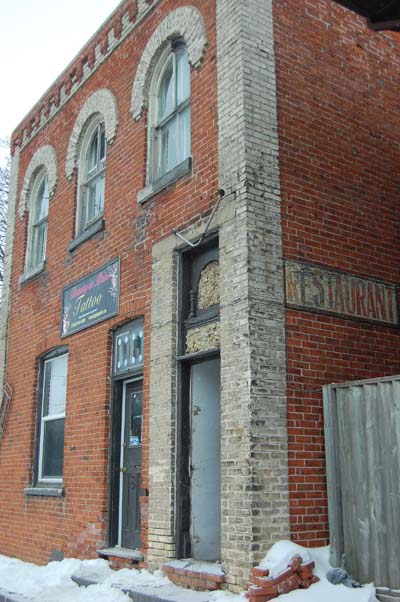 WOODVILLE, Ont. — If something completely modern were to turn up in Woodville, one imagines it would be eyed with suspicion or worse.

The buildings lining King St. predate the small Ontario town’s 1898 founding by at least 60 years, to when it was called Irish Corners and the railway town was alive with millers and cheesemakers, hoteliers and churchgoers. Most of the red-brick buildings from that time remain, though along the main street the storefronts are cracked, tilted and—in some cases—locked tight with papered-over windows.

“Woodville reached its peak of population at 556 in 1886, and has since declined,” says ontariogeneology.com.

One steps into the 20th century, but barely, when entering King St.’s tattoo parlour. Here you’ll find modern hygiene techniques, but none of the eyebrow-raising bright and sleek trimmings one expects 130 kilometres southwest in Toronto.

Shopowner Piero Corradetti appears to not only recognize Woodville’s reliance on the past, he embraces the opportunity to turn back time. His shop, opened in 2010, has a 1960s barbershop feel that is intensified by his easy, chatty manner. There are nods to other decades: the typesetter’s lightdesk from the 1910s, the wooden ruler and time-card slots from the ’40s, the metal desk and filing cabinets from the ’50s, the white leather beauty chair from the ’60s or ’70s.

“I like the longevity and timelessness of old-school designs,” says Corradetti, who is also a martial-arts instructor and Toronto firefighter.

And everywhere one turns are books reflecting his passion for martial arts, history and traditional art. It was inevitable, it seems now, that Melani would choose an old-school design for her first tattoo: a wrought-iron heart with delicate birds representing the kids, Trevor and Jilly. Though I’d had something else entirely in mind, I found myself choosing with excitement the same design.

“Hearts it is,” Corradetti laughed. “It must be Valentine’s Day in Woodville.”

We stared at each other in mock horror—we’d had no idea what day it was. But it was the perfect old-school nod to the holiday that was popularized back when Woodville was a happening town.