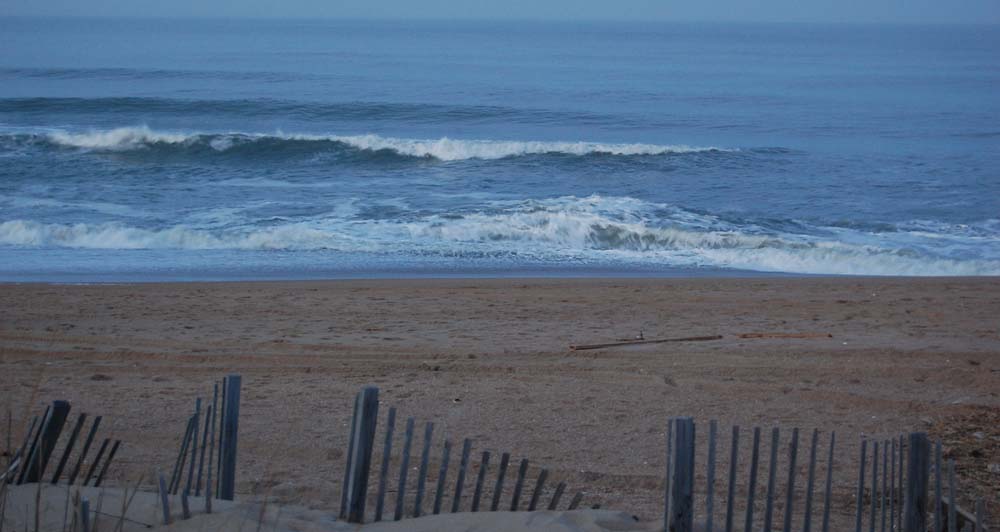 LONG ISLAND, N.Y. — There were just two things I really wanted to do while stateside for March break: drive the Chesapeake Bay Bridge-Tunnel again, and visit a few thrift shops. Here we are tripping through the tunnel:

Circumstance and bad timing kept me away from thrift stores in North Carolina and Virginia, where they are plentiful, but our host in Long Island had just the place for me. I spent a gleeful 45 minutes at Unique and unearthed a mystery.

Flipping through the handbags in my never-ending search for the perfect purse, my fingers lighted on a small leather billfold. It was structurally sound, the plastic envelopes for displaying photos just barely yellowed. And it was empty, except …

I put the treasure in my basket.

I have since discovered just enough about Catherine M. Walsh to drive me mad. She was born in 1917 and died in 1982, and seems to have lived most of that time in Long Island. But what about the empty plastic envelopes? Whose pictures did she cut out and place in there?

I can only imagine. And so imagine I have.

My Catherine—never Kate, never Cathy—was the fourth of five children born to Irish immigrants who staked their claim to a potato farm on Long Island, back when potatoes were what grew there, rather than subdivisions. Her brothers were nearly grown when she arrived, followed two years later by sweet Alice.

What their father lacked in riches he made up for with a sense of adventure. When my Catherine was 10 and sweet Alice 8, he borrowed a friend’s truck (he was one of those people who, always the first to step up and help out, could ask a favour of anyone and be met with a slap on the back) and loaded the sisters into it for a drive to nearby Garden City. They parked on a dirt road near Roosevelt Airfield and he lifted them into the bed of the truck excitedly. He thrust a newspaper at my Catherine and said, “Read that, Baby. Read what that man there said.”

Their father could read, but he was slow at it, so it was my Catherine’s job to read aloud when he asked. She cleared her throat. “’What kind of man would live where there is no danger’—”

“Right enough!” their father interrupted, laughing, barely containing his excitement. “I face danger every day, sure ’nuff. Nearly split me ankle just yesterday on a stone big as me heart. And how big is that, Baby?”

My Catherine gave him a stern look and continued reading. “’Nothing can be accomplished by not taking a chance at all,’ he said. Mr. Lindberg makes his attempt for the Orteig Prize on May 21’—papa, that’s today!—’aboard the Spirit of the St. Louis. Several lives have been lost already in pursuit of the $25,000 award offered to that airman who completes the first non-stop transatlantic flight’.”

That was the day my Catherine fell in love with aerospace. Her passion for planes and the romance of the open skies would be her welcome shadow throughout her school and teaching-college years. She would become known for using flight analogies in her classrooms and she would—of course—fall in love with a pilot. How could she not?

He was a dashing test pilot for Republic Aviation and he dashed her heart into a million pieces when she caught him kissing a girl outside the robotics pavilion of the World’s Fair in New York City. His buddy Rory Walsh drove her home and didn’t say a word as she sat in the passenger seat and sobbed. 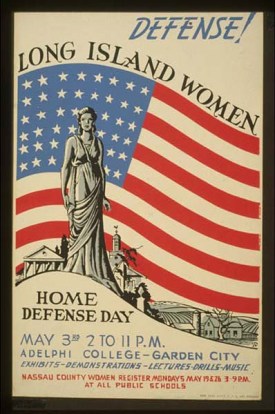 Bespectacled Rory Walsh had a name far more extravagant than his personality, which was cautious and whisper-quiet. My Catherine’s father and brothers were slightly suspicious of that deep stillness, but her mother and sister liked him right away. They were married within the year and would have honeymooned in Paris if it were not for the war.

It was sweet Alice, after all, who married a pilot, then stood helplessly by as he was called to war. Rory was blessedly not called up, because of his poor eyesight and because his position as a parts manufacturer at Republic made him valuable to the war effort on home soil. Sweet Alice came to live with them in their newly built Northport home so she wouldn’t be alone.

My Catherine and Rory were eager to start their family, but the first baby born in their little home was sweet Alice’s Colleen. Ah, how they loved her! The house was filled with sweet Alice’s singing. My Catherine sewed little pinafores, and though her stitches were atrocious—she never had any patience with needles—Colleen only cooed and eyed her adoringly. Rory fashioned her little airplanes from spare parts and bits of metal at Republic, and told her stories of faraway places. When letters from her father were delivered, my Catherine and Rory shared secret glances, guiltily hoping the war would last a little longer so they could keep Colleen just a few weeks more. They could not meet each other’s eyes at all when they learned he had been killed in action.

When it was time for kindergarten, my Catherine walked Colleen to her classroom each day. As time went on, Colleen helped with lesson planning and my Catherine helped with homework till they became one unit of education, teaching each other with every step.

Everyone commented on how alike they were. It was her greatest joy and deepest heartbreak. 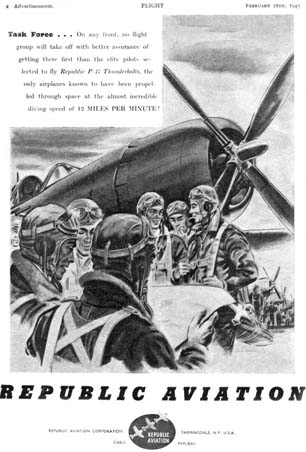 Rory held her tighter on the nights she cried into her pillow, but they never spoke about the cradle that was empty but for Colleen’s dolls and metal airplanes.

They planned to go to Paris the year Colleen turned 10, but Rory was offered a golden opportunity with Grumman Corp. and he had a feeling they were going places. He couldn’t even imagine how far they would go, but that was years away and in the meantime he and my Catherine lived a blessed life, with Colleen and sweet Alice and a ginger cat named Moses.

Rory made a mark on Colleen’s doorframe for each of her birthdays and when he took her measure the day she turned 18, they all cried and wondered at what a lovely young lady she had become. To celebrate her coming of age, she and her mother took a two-week holiday in Paris, a gift from Rory and my Catherine.

Things were changing in the world and in Long Island, and Colleen was in the middle of it, bringing the future to the Walsh household via a record player and tales from the city, where she had a job answering phones in a lawyer’s office. If my Catherine wished she’d become a teacher rather than a switchboard operator, she kept her own council.

She wore short skirts and high boots and showed no interest in the patriarchal idea of marriage and motherhood. Rory clucked his tongue like a disapproving old woman, while her mother and aunt smiled behind their hands and did what they could to encourage her, secretly hoping they’d get to burn their damn bras in the back yard.

The day Kennedy was assassinated was already dark in the Walsh household, as Colleen had just announced she moving in to the city, sharing an apartment with her lover. For the rest of her life she would credit poor dear Kennedy with protecting her from an old-fashioned strapping from sweet Alice or my Catherine, who giggled at the prospect of bra-burnings but had to draw the line somewhere.

They said they would turn her room into an office or a sewing room or a library, but it was never changed. Everything remained as she had left it. Rory was too busy to start building a library or otherwise converting her room anyway, once Grumman won the contract to help build lunar modules. He came home late each night, tired but oh so excited about their progress. 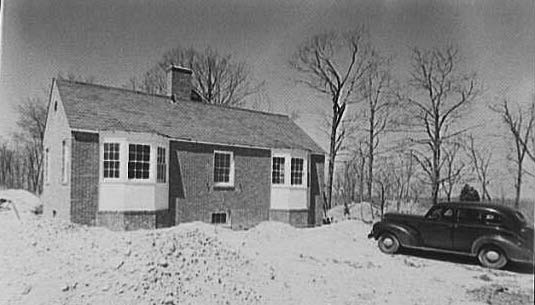 “The moon, ladies!” he would say, and they would look at each other and smile, and remember their father and his excitement. “We’re going to land men on the moon!”

My Catherine added space-themed projects to her curriculum and won an award for her ingenuity in teaching. She bought a dress for the awards ceremony that she would repurpose for the grand party Grumman put on for the lunar landing. Sheathed in silk but wearing practical black pumps, she stood close to Rory, holding his damp hand as they and dozens of others watched a blurry, monochrome Neil Armstrong descend the craft’s ladder and misspeak what would become one of the most famous sentences in human history.

One perfect tear escaped the corner of Rory’s eye—the enormity of the moment was too much to bear. My Catherine wiped the tear away before anyone noticed and thought about the Spirit of St. Louis, whose journey had seemed impossible 40 years before. And she smiled at Rory and thought about how impossibly deeply she loved him, to the moon and back. 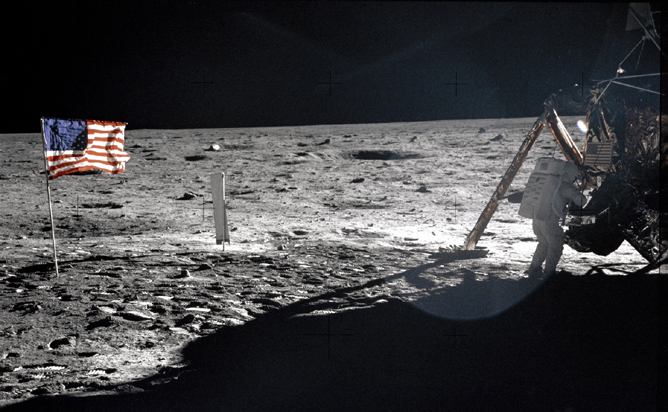 Their friends became grandparents throughout the 1970s, but Colleen showed no interest in bringing a new baby into their lives. When their family changed again, it was a great surprise—sweet Alice announced her heart had at last softened and she was to marry. Her new love’s feet were firmly planted on the ground—he was the owner of a drive-in theatre in Nassau county.

It was the first time my Catherine and Rory had lived alone. While they giggled like newlyweds, they were of course completely thrown off and wandered about some nights marvelling at how quiet and empty their home had become. They ate their dinners on the couch while The Waltons and Quincy played in the background. They used the dining-room table to spread out travel brochures. Their long-overdue Parisian honeymoon was planned for the summer.

That was the spring she found the lump.

Rory was paralysed with terror, but my Catherine calmly put the brochures away and said they’d go the next summer instead and stop fretting darling, I’ll have to be better by the time school starts. She was back in class the following Christmas, though her doctors advised against it. She needed children to live, she told sweet Alice, who already knew. 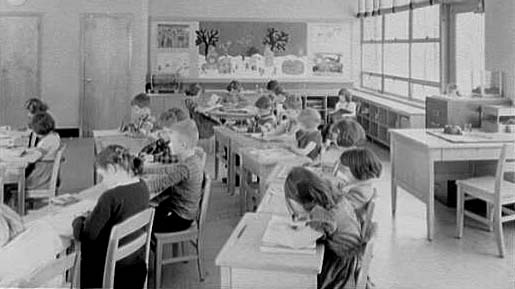 She spent the next summer recovering from disfiguring surgery. My Catherine had never been in a hospital, had rarely visited her family doctor, and had never been away from home for more than a weekend. She hated the white walls and nurses’ soft footfalls. Hated them enough that she was back in her home weeks before her doctors predicted.

It’s not that the fight went out of her. It’s that when the cancer came for her a third time, her battlegrounds had changed. She had watched the landscapes of her loved ones’ faces change and she wanted peace for them. Her tiny family had given her more than a lifetime of joy. (If she had carried on just a few months, that joy would have doubled, but no one knew just then—not even Colleen—that the next generation was starting to develop.)

She let the illness take her quickly, for Rory’s sake. His heart was broken and it couldn’t heal while he hurt for her. Their love expanded, became a living, breathing thing over their home, a membrane that coated visitors when they crossed over their threshold.

She held his hand as firmly as she could, more firmly than her illness should have allowed.