SWANTON, Vt. — This year the trees have put on a particularly spectacular show, slowly and brightly changing into an autumn quilt draped over the gentle, low Appalachian mountains.

We’re fortunate enough to live in a place where we witness at no charge one of nature’s most lovely events and we’re not so jaded that our breath doesn’t catch as the car lifts over a rise and the entire world is spread before us in yellows and reds and oranges, pitted with green and canopied by blue and white. 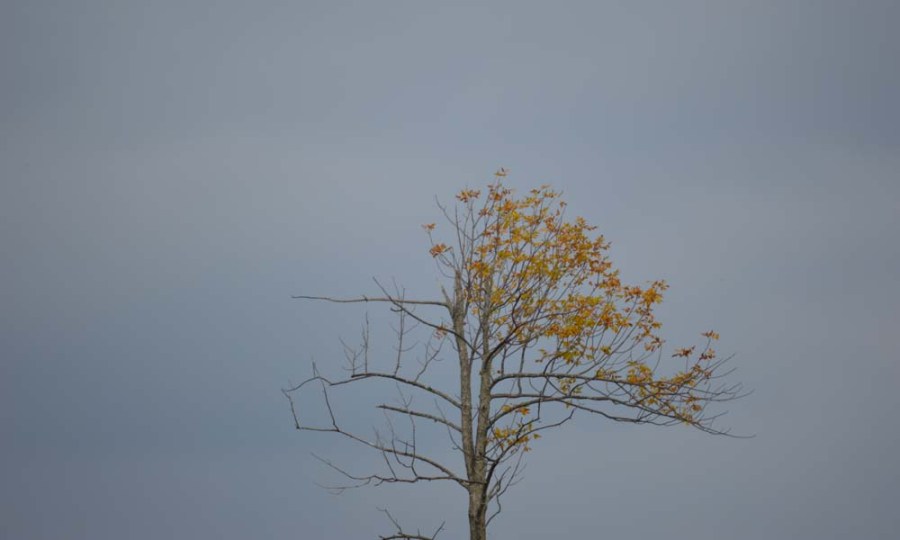 We were day tripping — during leaf season, room rates in northern Vermont more than double — and had promised Jilly an adventure. After a brief interlude at a friend’s cottage overlooking the mountains, we dipped father south to St. Albans where we got lost looking for a big-box store and ended up instead in the sweetest little shop. Vintage Vibe was packed with mid-century delights at mid-century prices and manned by the possibly the funkiest lady in all of Vermont. We left the store with crowns, costumes, antique furniture and a sense of gratification.

Yet Jilly was still asking whether we were on an adventure. An adventure to the nearest Denny’s is what I was thinking as I filled the tank with good old cheap American gas in a tiny border town. After all, all that socializing and shopping makes a family hungry. But Melani was looking across the street at Swanton Memorial United Methodist Church.

“There’s a church supper tonight,” she said, even though she knows I’m not comfortable with churches or strangers. “The second sitting starts about now.”

I didn’t make any cute jokes about the second sitting. I was still thinking about Denny’s as I clicked my seatbelt into place and pointed the car toward the border.

“Ten dollars a plate,” she added, appealing to my frugality.

I slowed the car. “You really want to do this? It won’t be weird?” She shrugged in that way that means “it won’t be weird unless you make it weird, dummy. And I’m hungry.”

The church itself was built in 1895, about 90 years after the first Methodist meeting in Swanton. It was the fourth official meeting place for Methodists. In 1826, Congregationalists, Episcopalians, Friends, and Methodists built a brick church, according to the Swanton Historical Society, and in 1848 the Methodists constructed their own building. It was torn down and replaced in 1886. That one was destroyed in a fire, but rose again a year later. That’s a lot of history for one little church, but frankly we were more concerned with our growling stomachs.

I think they were surprised to see us. But their welcoming smiles and almost uncomfortable attention put us somewhat at ease. The lady who seated us apologized that we’d have to sit alone — the only other occupied table was already full. We were brought cider and buns, then potatoes and mashed squash the deliciousness of which I can’t even begin to explain. Biscuits and chicken were the centrepiece of the meal, with more gravy if we wished, and my favourite kind of cranberry sauce — the kind where you can still see the bumps created by the tin it came in. All were served on mid-century church dinnerware by a kind lady and her sweet, round-faced daughter, who might just be running these church dinners herself ten years from now.

A handwritten sign on the back wall said “All are welcome at God’s table.”

The pastor came over to personally welcome us and we nodded and smiled — none of us really knew what to say or how to go about this, this whole thing where complete strangers drop in and sit at a table alone raving at the deliciousness of the food in a small-town church basement. And yet I thought of our friends over at Meanwhile at the Manse, who I think would have been tickled pink to have travellers drop in to one of their church suppers.

Just outside the door, with our bellies full of soul food, Melani put her hand in her pocket and withdrew a bundle of crumpled cash. We’d be home in just a few miles. “What should I do with this?” she asked me.

I shrugged. She’s the one who’s involved with the Unitarians back home, not me. “What would you want some stranger to do with it?”

And so she slipped back in and dropped it in the church basket. I hope they’ll put it toward the next church supper.