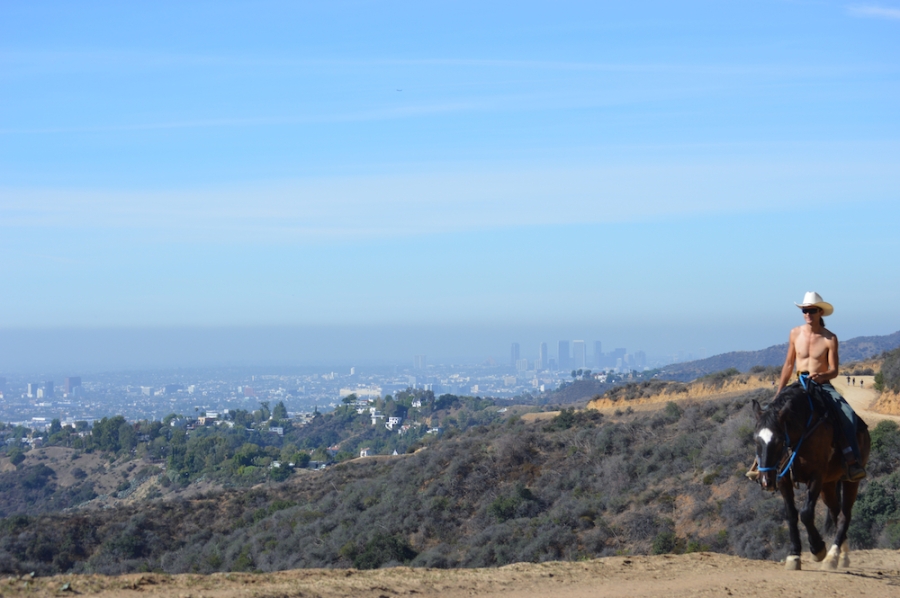 LOS ANGELES — I don’t understand the sky in L.A. It’s that shade of unbelievable blue you see in movies — maybe only Hollywood believes in that blue.

It is cloudless and lustrous and optimistic. Yet if your eyes wander toward the horizon, to the mountains that are the only thing hampering the sprawl of this ridiculous city, a choking haze softens their edges and blurs their lines. Look straight up and it’s blue as day, look sideways and it’s grey with pollution.

And the heat. How can one live here and think blue indicates cool? It’s the scorching colour at the base of a flame. 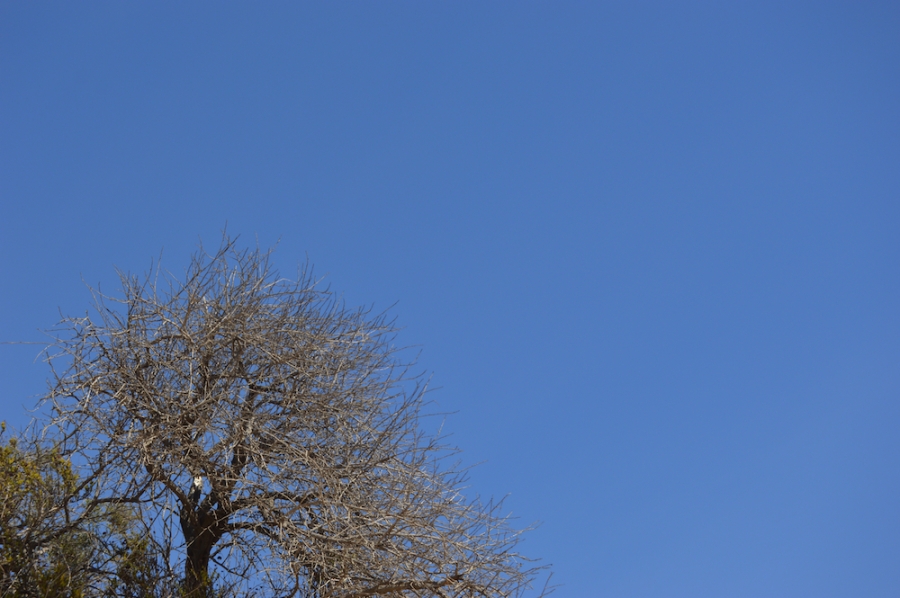 We — two fellow Montrealers and I, visiting L.A. for a conference — thought we would avoid the worst of that heat by starting our hike to the Hollywood sign early in the day. Even then, we checked and double-checked with each other that attempting this walk was something we all wanted to do.

“You’re both okay with it?” one of the party asked, not for the first time (nor for the third).

“Of course she is,” her husband said, somewhere between a chuckle and a guffaw, gesturing toward me. “She’s —“

“Stubborn?” I finished for him, chuckling myself. My tale of getting lost and not asking for help was hours fresh. But it wasn’t about being stubborn. It was about the story (it’s always about the story).

It was the fastest divorce granted in L.A., back in 1903. He had shot her in the head, after all.

Let’s back up a minute, to 20 years earlier, when a rough, uneducated Welsh immigrant arrived in North America determined to find his fortune.

Griffith Jenkins Griffith became a reporter, then a mining correspondent. Eventually he began consulting for mining companies, and that under-the-table side job was very lucrative.

Griffith Jenkins Griffith began to dress flamboyantly, strut about town and generally spread pompousness wherever he went. He became known for his arrogance, for being a bit of a shit, and because he couldn’t stop making money. He had a bevy of unwed socialites to choose from, and he chose poor Christina Mesmer, or Tina, who was as rich as she was elegant.

Puffed up with pride with his lovely bride and his situation in general, Griffith Jenkins Griffith bestowed gifts onto his adopted city of Los Angeles, including the 3,000 acres that would become Griffith Park.

And then he started to crumble. He secretly drank and was said to be paranoid, claiming while on holiday in Santa Monica that people were trying to poison him.

According to the Griffith Park History Project, “Christina Griffith was addressing a few last postcards and beginning to gather her things. Her husband (who was certain she had been conspiring against him with the pope), entered the room with a prayer book in one hand and a revolver in the other. Unfortunately, he handed her the prayer book.”

She was shot in the head, but Tina, later called “the socialite who would not die,” survived when she fell or jumped through a window and landed on the roof below, though she was disfigured and half-blind.

Griffith Jenkins Griffith was sentenced to just two years in prison, thanks in part to his unique plea: “alcohol insanity.” Tina was granted a divorce in a legal proceeding that lasted four and a half minutes. 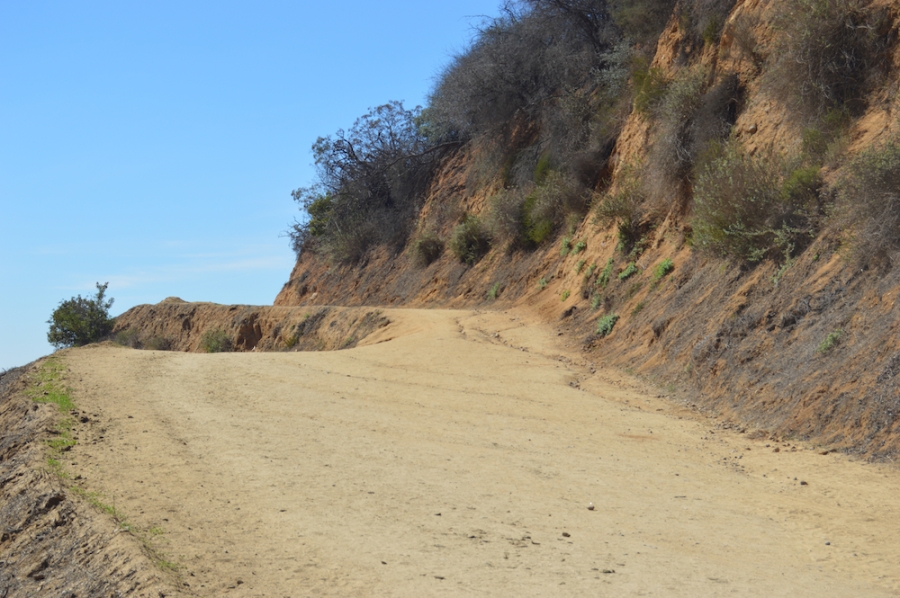 As part of his penance after leaving San Quentin in 1912, Griffith Jenkins Griffith tried to give Los Angeles $100,000 to build an observatory on Mount Griffith, claiming he wanted to repay his debt to society by “opening the heavens to the common people.” While he’d been put away, the city had renamed the hill Mount Hollywood, and they turned their noses up at his scandal-tainted money.

But Griffith Jenkins Griffith had the last word, leaving the money and explicit instructions in his will to build the observatory. It was completed in 1935, 16 years after his death.

I’m giving Griffith Park 2½ stroller wheels out of a completely arbitrary five, with these caveats: I only did the Hollywood Sign Trail and spent some time getting lost after dark. On a personal level, the sign trail rates much higher because I was with fun people hiking to the kitschiest of the kitsch.

Public transit to the park is kind of crappy, especially since it’s in the middle of the city (but parking is free if you drive there). The scenery is spectacular, but there are no trail makers whatsoever, making one wonder whether the city of Los Angeles is just trying to pick off tourists.

We hiked Mount Lee (from which you can see the observatory) on a trail that was clean and smooth. It took us about two hours, though we stopped just short of the sign itself. At 521 metres, the hill is nearly twice as high as Mount Royal. We also took some time to check out Bronson Caves, a filming location for the Batcave and one of the most beautiful places in North America.

I wouldn’t attempt this hike with young children, though I did see (very fit) people with strollers and carriers. Bring lots of sunscreen and water and keep going till you hit those rare spaces where the mountain itself provides a foot and a half of shade. Have a snack at the top and marvel at how beautiful brown and blue can be, whether you understand the sky or not. 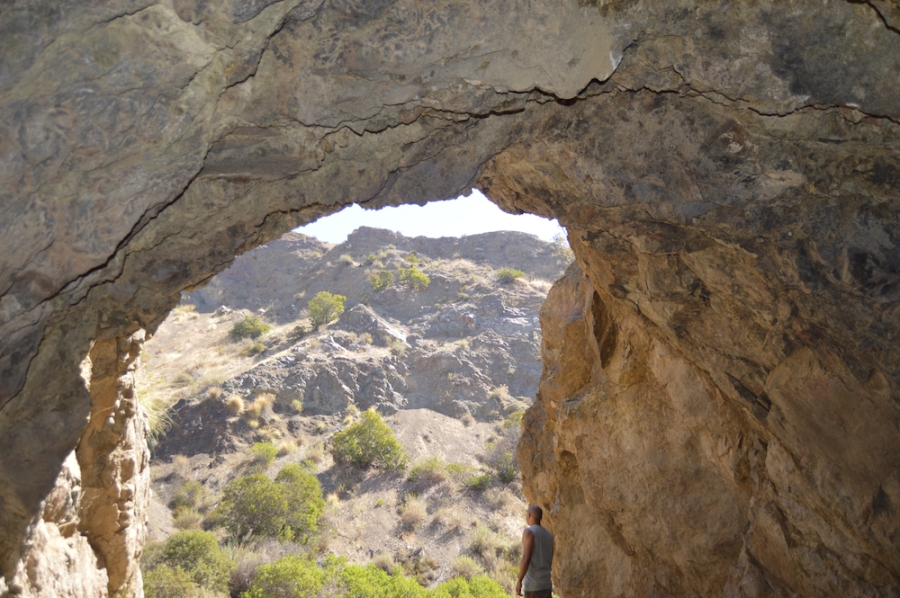