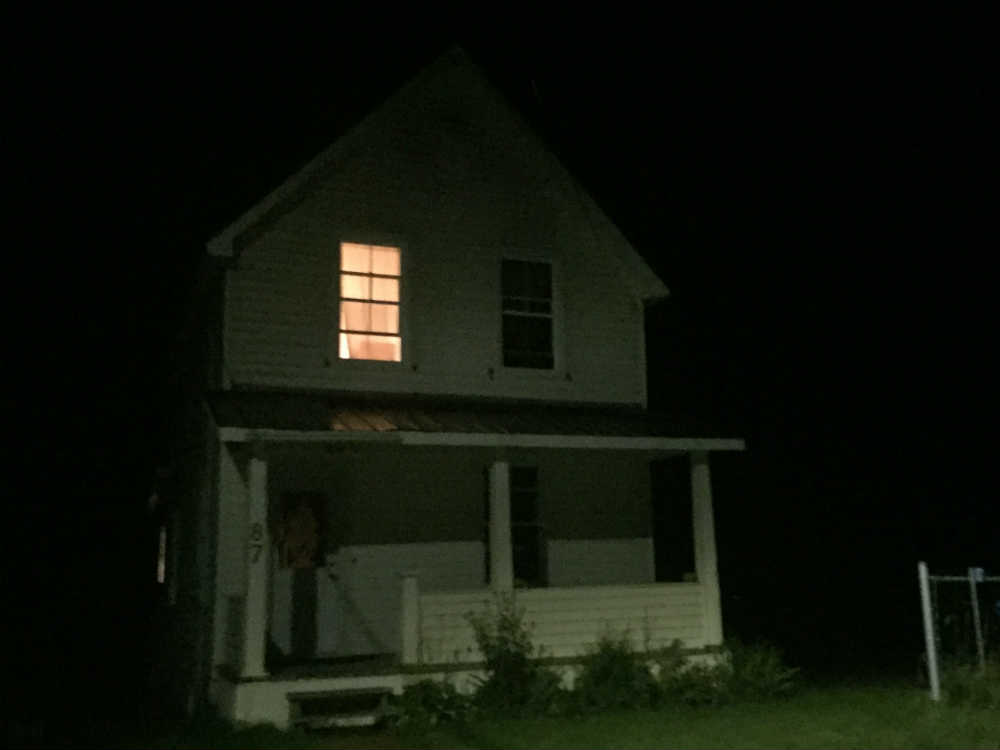 GATINEAU HILLS, Que.
I’m pretty sure that Airbnb was haunted.

I didn’t realize it right away. We pulled in just before midnight, parking to the side of the white bungalow. A stone’s throw away, across the drizzled grass, was a white church, its windows dark.

The wet fog and mist turned to heavy rain as I cut the engine and we dashed onto the wooden porch, trying not to make too much noise, though we couldn’t see our closest neighbours. A lone streetlight a hundred metres away highlighted the outline of barren road twisting away from us.

The front door had art-deco stained glass that vibrated as Melani worked at the lock. The sounds were swallowed by the rain and our giggles as we burst into the cottage.

Directly in front of us, a vaguely glowing rectangle, when lit, morphed into a giant painting of an owl holding a ball of fire, or the earth, or sitting on a shining egg-soul or somesuch. Opposite this horned monster was an ancient off-white and rose piano intricately carved and lovingly propped on its one good leg.

This discordant music and art room was separated from the rest of the house by sweeping black curtains. I pulled them apart to step through, thinking of the owner, “she’s pagan,” as one might realize “she’s Irish” or “she likes owls.” There was a collage of pagan flourishes on the wall over a dozen crystals placed carefully and exactly in a cross pattern on a round altar. The collage said: “Life deeply loves you.”

Yet as we explored the house, lighting corners, we turned up more spiritual imagery: there were votive candles and angels, Native American wards, Cinco de Mayo and vodoun pieces, burnt sage. A Buddhist shrine. Tibetan prayer cloths. There were candles and incense and crystals on every flat surface.

“She’s covering all her bases,” I thought, trying to ignore the foreign creaks and gurgles coming from the dim kitchen. “What is she protecting herself from?”

I was following four-year-old Jilly to the second storey when she said, in her way, “I like the stairs in this haunted house, Mum.” I stopped dead.

“Why on earth would you say that it’s haunted?” I asked, my voice an octave higher than I’d intended. She was already on the landing, so talked down to me: “The floorboards creak. Floorboards only creak in haunted houses.” She demonstrated on a loose section of hardwood in front of a darkly stained door labeled “Private.”

The rain had slowed to an unnervingly rhythmic staccato on the tin roof and we could hear the splashing of the creek behind the house, and the fertile cries of frogs and bugs. With no moon or stars and the streetlight faded into the mist, the world was black outside the windows. I decided I would not be afraid in this old wooden house that was trying so hard to be welcoming and to fend off things that might scare us.

I opened a downstairs door expecting the promised third bedroom and instead found a large mudroom hung with man-shaped coats and rubber-soled shoes and there, against the inky window, was a strange shape with broken curlicues. I leaned in closer and found myself staring hard into brown eyes that were judging or longing, framed by a sepia-toned face and hair that hinted at romance. The woman in the picture wore puffed sleeves and ribbon and a pearl choker. I looked at her, and she was looking right back at me. 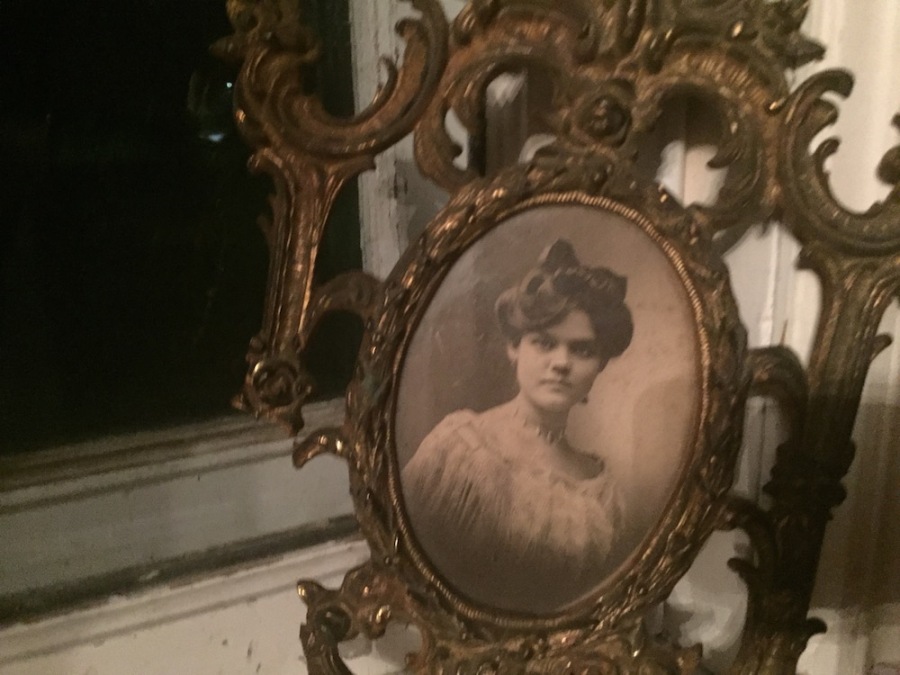 A room away, Jilly had sat at the piano and was playing something tuneful. Yet no one has ever taught her how to play.

I tripped over my ankles backing out of the closet and shut the door. I don’t remember what I said to Melani, but I know I told her she wasn’t to open the door again. Searching for a wine glass I found the stash of extra votive candles, incense and tarot cards. The owner was on a mission to keep this home safe and grounded. Who were we to doubt her?

Yet I sat for a long time with my back to the wall, and I would not look at the closet door.