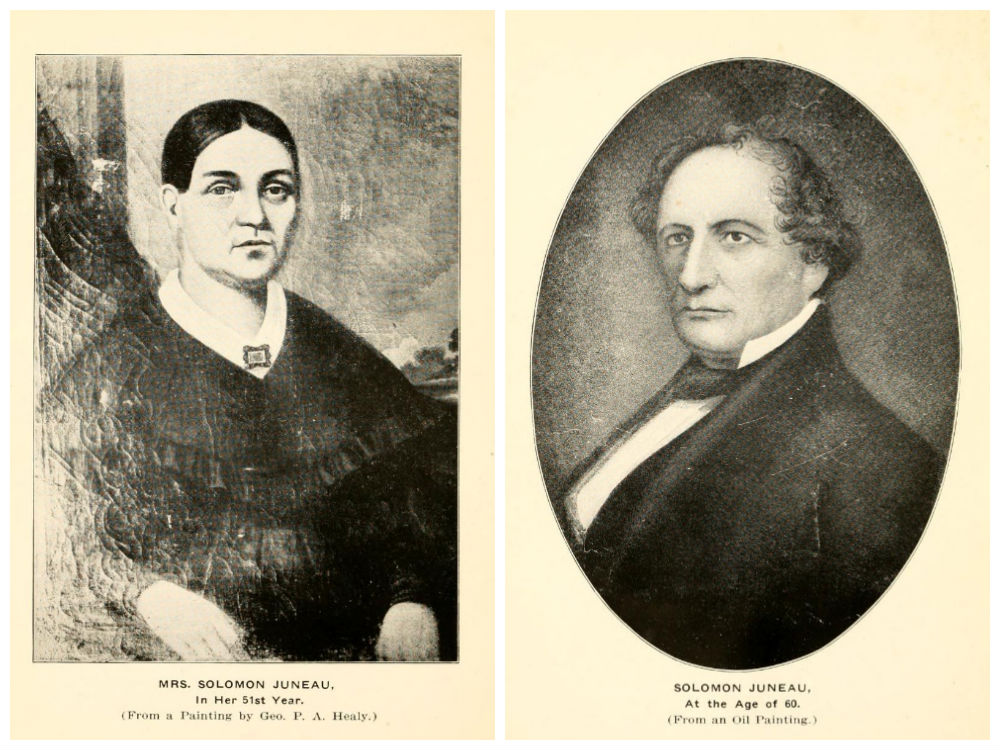 MILWAUKEE
I spent weeks leading up to this trip telling people excitedly that I was headed to Wisconsin and their response was nearly unanimous: “ … ?”

That’s probably the reaction Solomon Juneau got when he told his fellow Montrealers he was headed to Wisconsin and you know what he did while he was here? Founded a whole damn city, that’s what.

Old Solomo wasn’t the first Quebec fur trader to come to Wisconsin, but he made the deepest imprint. He took over a small trading post by the lake from Jacques Vieaux in the 1830s and transformed it from a pit stop along the Michigan-Mississippi route into what we now call Milwaukee.

History calls him founder, entrepreneur, postmaster, first mayor, and relates that he was widely respected. But the best thing history remembers is his intense love for his young bride, the Métis daughter of Vieaux, Josette.

Josette was the granddaughter of Menomonee Indian Chief Ah-ke-ne-po-way (Standing Earth). She bore 17 children, 13 of whom survived, and was clearly her husband’s partner in all endeavours. A 1916 biography of Solomon, written by their granddaughter Isabella Fox, at first appears to downplay her strengths: “Although young in years at the time of her marriage, she was adept in the art of housekeeping.”

Then the truth comes out: She was also a midwife, nurse, and alongside Solomon a great philanthropist. Her work with the poor would be noted even by Pope Leo XII. She was fluent in French, of course, but also spoke many aboriginal languages, and so served alongside her husband as translator and collaborator.

Together they gave away land and help build churches and entertained the most influential of Wisconsin’s elite. They straddled a world of luxury and simplicity and eventually, together, nearly emptied their coffers with their goodwill.

Josette had had enough of city life anyway, and so they retired to Theresa, a town north of Milwaukee that Solomon had founded and named for his mother, Thérese. They lived only a few quiet years before Josette grew gravely ill and died in 1855. Solomon succumbed to his broken heart soon after.

The Theresa Historical Society says “700 Indians including Chiefs Oshkosh, Corrow, Larriet, and Keshena marched with his funeral bier to the burial grounds at the Keshena reservation.”

Their bodies were eventually moved to Milwaukee, but the location of their final resting place matters less than that they are together still.

Charles Milwaukee Sivyer, an otherwise upstanding Wisconsin businessman, said of Josette a decade after her death, “Had she the education of a white woman, she would have shone as brightly as any of her white sisters. Why all these orators don’t give that good woman more praise, I don’t know.

“Why, the last words of Solomon Juneau were, ‘Dear wife, I come to you’.”

(Posted with extra love on the occasion of the marriage of another power couple, Erin Stropes and Jordan Knoll. Live happily ever after)